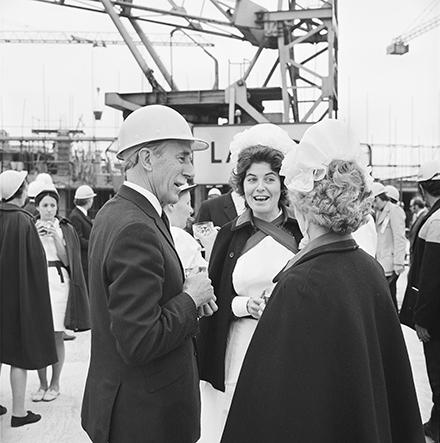 The Trustees would like to inform the members of the John Laing Pension Fund and the John Laing Pension Plan that the Pensions and Payroll Manager, Phil Wilson, is retiring from 31 August 2020.
We would like to take this opportunity to thank Phil for over 30 years’ dedicated service to John Laing, having joined in 1988. Acting as the Pensions and Payroll Manager since 2005, Phil has played an important role in the delivery of the administration services to members. We are sure that many of you know Phil and will join us in wishing him a happy and healthy retirement.
The Trustees are giving careful consideration to the future Fund’s and Plan’s administration services and Phil has kindly offered his assistance in that process. We expect that these decisions will be taken over the coming months and we will continue to provide updates at the appropriate times. For the time being, please continue to contact Alex Crawford at John Laing with any queries or requests.
Michael Clare, Chair of Trustees

The Covid-19 pandemic has created great uncertainties and disruptions. The John Laing Charitable Trust has been considering how best to respond to situations as they evolve.

Welfare beneficiaries:  We appreciate it is important for you to understand how you can navigate through the challenges and financial pressures.   We want to reassure you that we will continue to support you through this period.  Our Welfare Officers are in touch with many pensioners although they are mainly doing this now by phone, we are offering assistance in the normal way.

Retirement Clubs:  We are also maintaining financial support of the John Laing Retirement Clubs.   Please contact the committee members of the respective Clubs to find out how their plans and activities have been affected and the changes they are implementing.

Grant making:  We understand the Covid-19 will impact the charities and projects we fund.  Events may be cancelled or there may be difficulties in meeting the outcomes of our grant or deliver the programmes as planned.   We want to reassure our charity partners that we offer flexibility and we would like to hear how the virus is impacting the work we are funding as well the wider impact on their organisation.   We are committed to providing support during this challenging time and have signed the Funder Statement of Covid-19 to:

We are also considering co-ordinating collective support with other funders and sector leaders.

Staff and Operations:  All our staff are now working from home and available by phone or email.  Post are collected from the Mill Hill office once a week.  In order to reduce unnecessary journeys, we will make payments electronically and communicate mainly by phone or email. 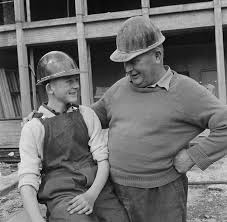 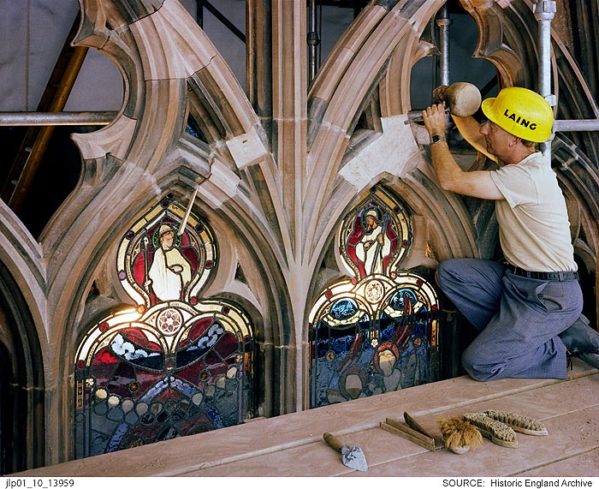 This major legacy partnership between the John Laing Charitable Trust (JLCT) and Historic England (HE) will see a host of Company archive materials used to provide education and research materials for the nation.

The project, due to launch in November, will also bring generations together through an outreach programme in schools and provide jobs and training.

At the heart of the project is the John Laing Photographic  Collection. Experts at HE are selecting and scanning in 10,000 images which demonstrate John Laing’s part in rebuilding this country after World War II.

The images provide an insight into the architectural, social and technological changes in England during half a century through the prism of reconstruction.

As well as going into selected schools to answer questions from pupils studying some of the key John Laing constructions projects in the local area, former employees’ recollections will be captured on film for posterity.

If you are interested in sharing your memories of working for John Laing, please contact the project team at: www.historicengland.org.uk/breakingnewground, or telephone the Trust office on 020 7901 3429. 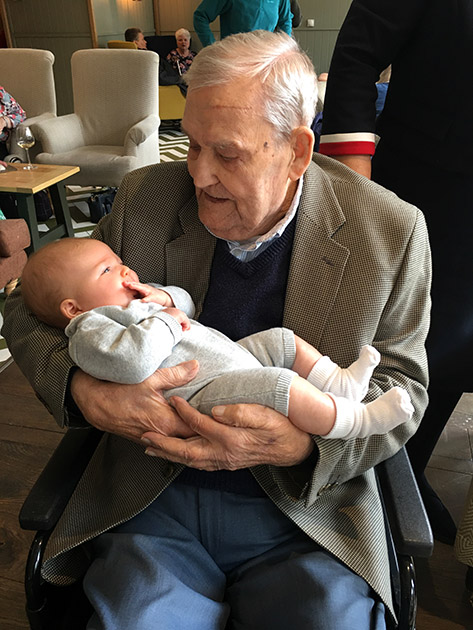 Between them, they cover more than a century of Laing history connections.

Caia’s father Stewart Laing was attending the luncheon in his capacity as a Vice President of the John Laing retirement clubs, he is also a Trustee of the JLCT.

Jack retired in 1978 after 26 years’ service with the Company in Cumbria where he was a General Foreman.