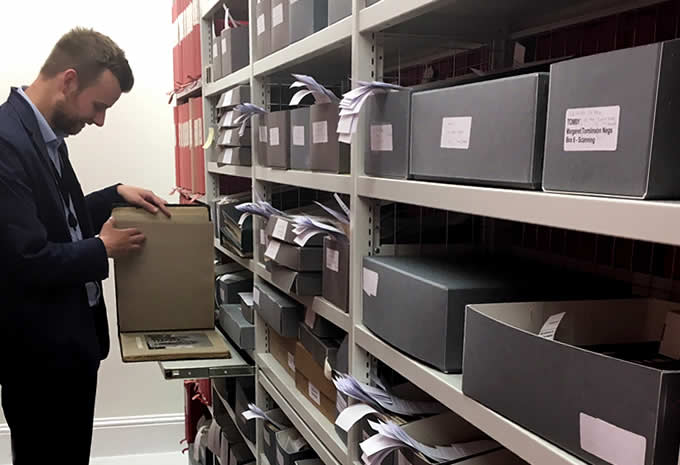 The Trust is custodian of a wealth of images, documents and films documenting the Company’s history

These are a significant historical record and the Trust is committed to giving them purpose in the wider community by creating resources for education and research through a series of projects.

It also provides an objective social history of the UK and beyond, through the prism of construction.

The exciting Breaking New Ground Project in partnership with Historic England will see 10,000 images from the end of World War II selected and made available to schools, universities and community projects.

This project, launched officially in Autumn 2019, has created new jobs and training opportunities. 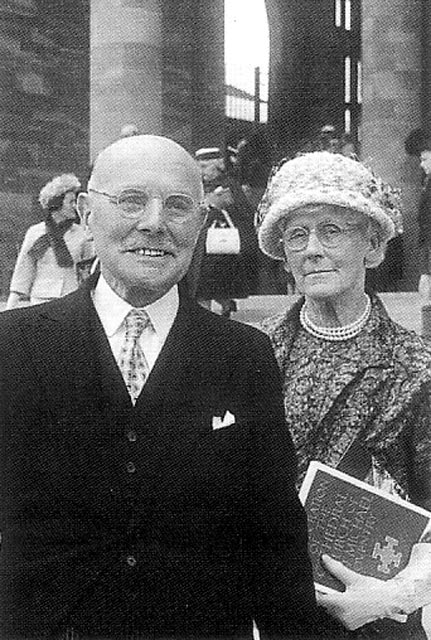 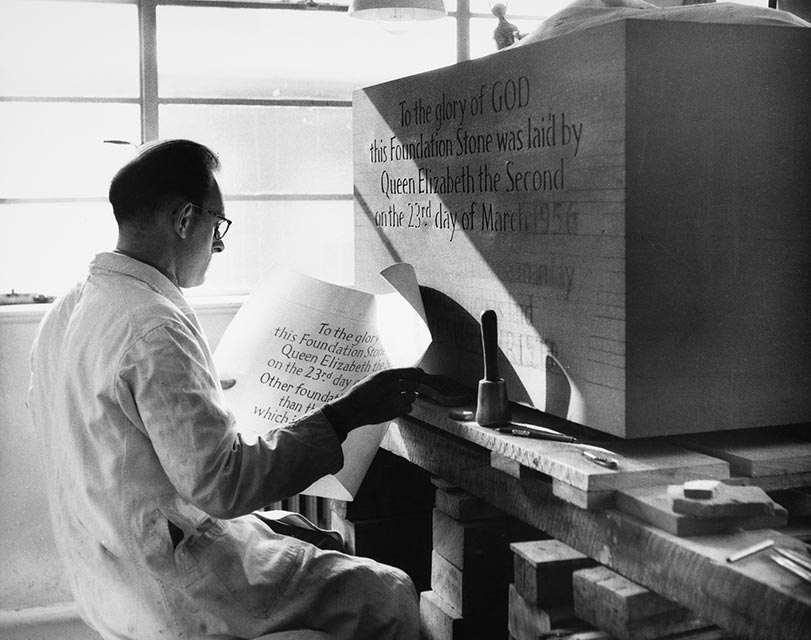 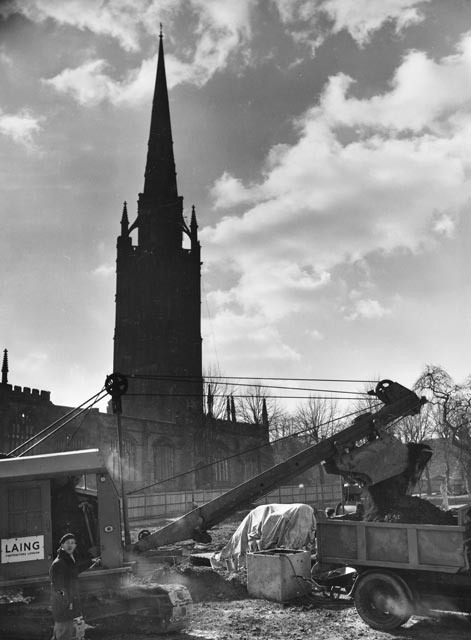 In 1955 when this picture was taken, John Laing & Son had been awarded the contract to lay the foundations of Coventry Cathedral. Three years later they submitted the lowest tender to build the Cathedral itself 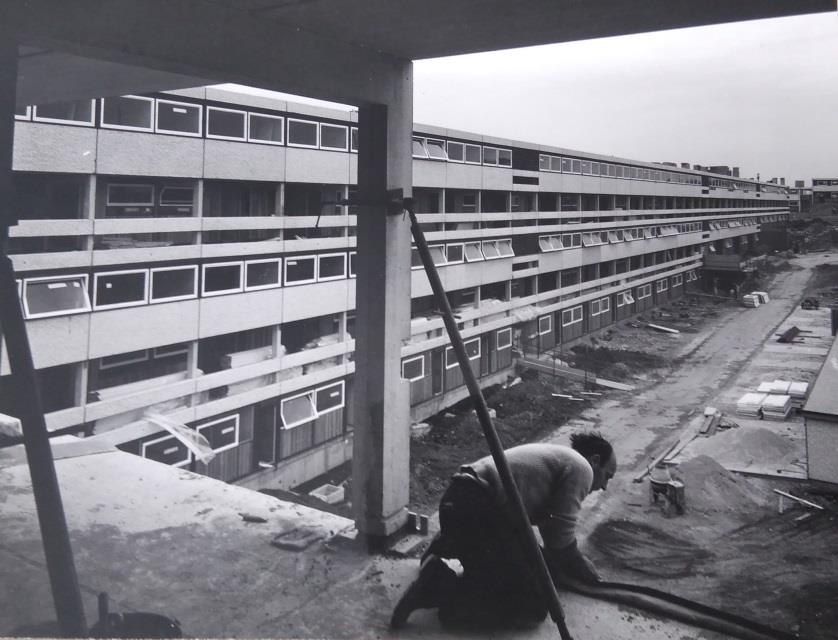 Jespersen was one of the industrialised building systems employed by the Company on large scale office and housing projects around the country. 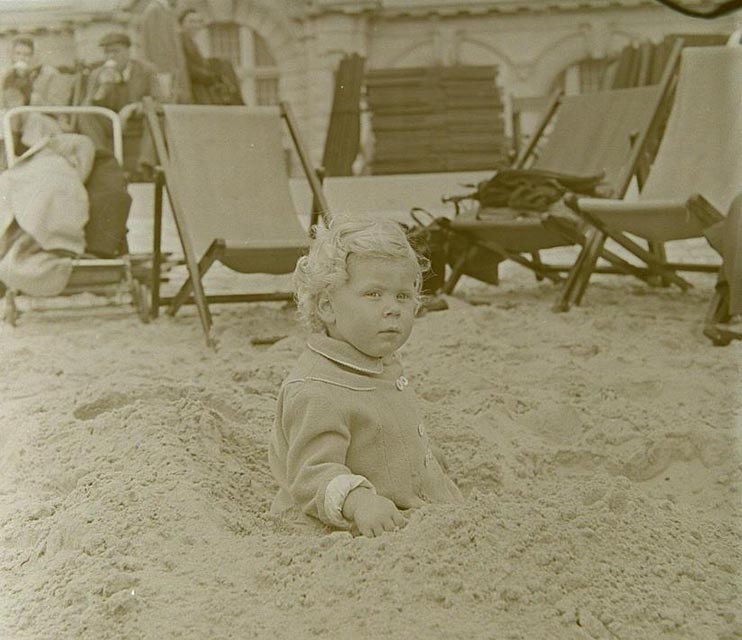 Family was always at the heart of the John Laing ethos and the Company organised annual trips for employees and their families. This involved chartering trains and whole fleets of coaches. 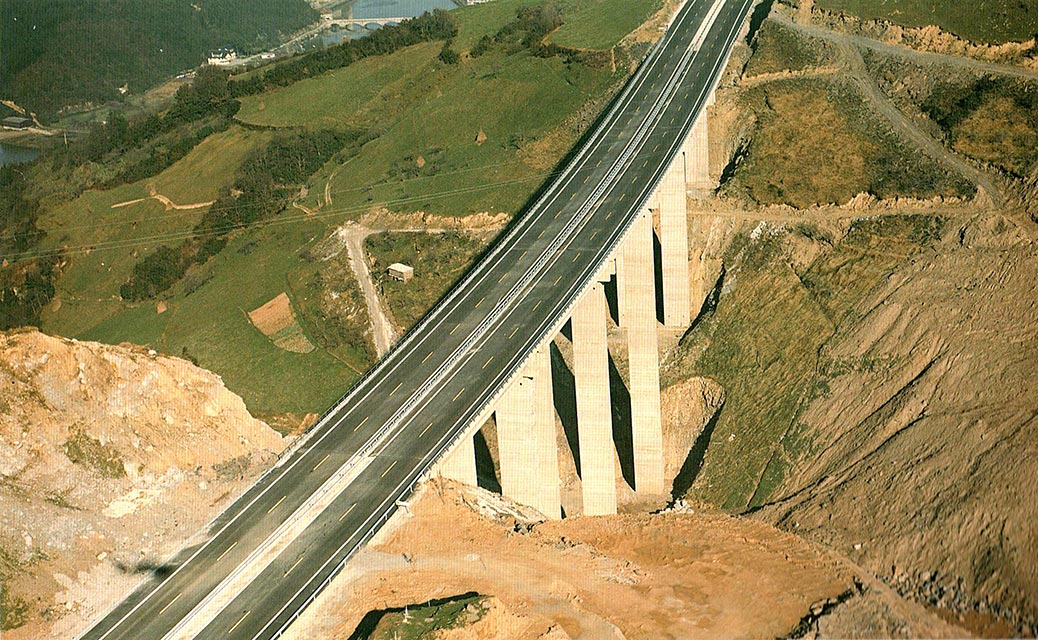 A section of the 65-km autoroute along the Atlantic Coast of Spain started in 1969 and completed in 1974, built by Europistas SA, a consortium formed by Laing and Ferrovial of Madrid

The massive Barbican redevelopment saw the Company helping to meet the demand for new office space and housing in London during the 1960s. 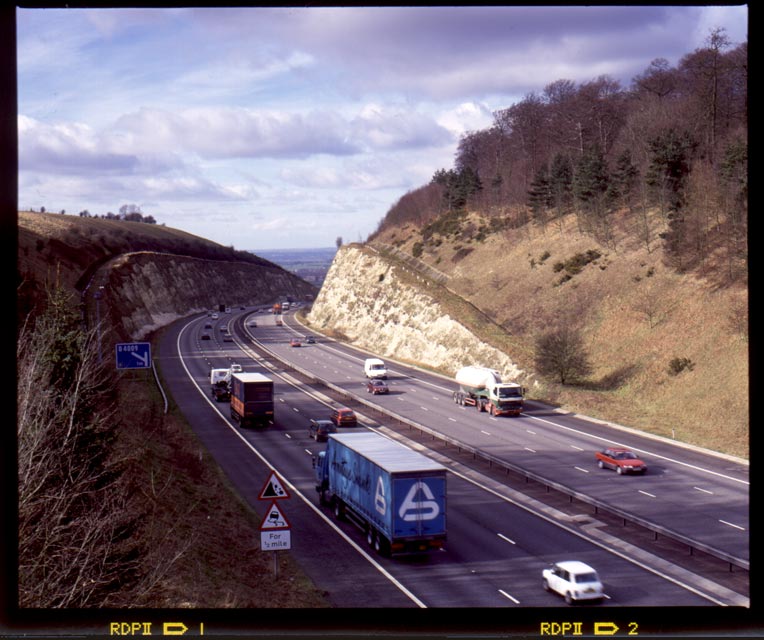 The M40 was a design, build, finance and operate (DBFO) contract awarded to the Company in 1995. 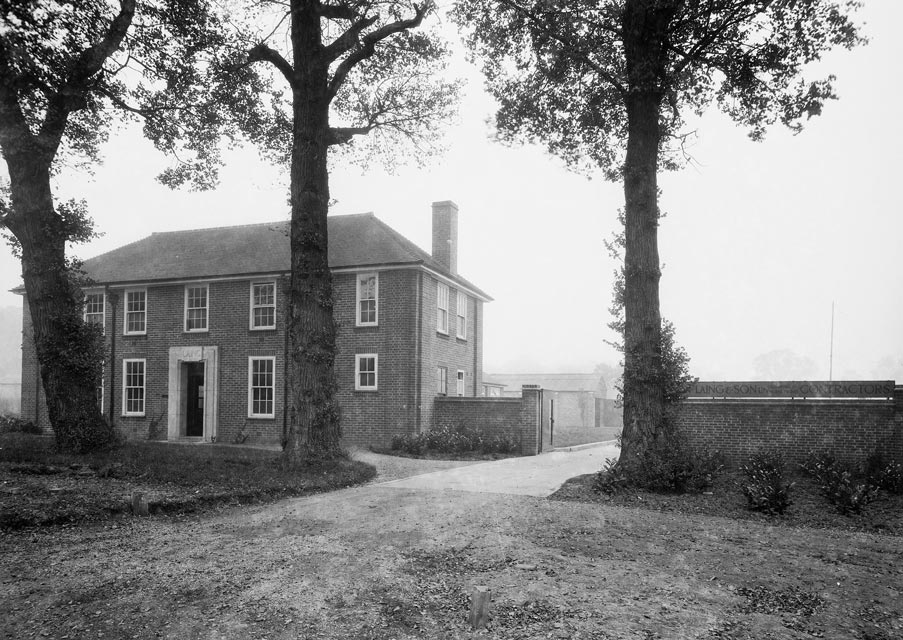 The original Company headquarters built at Bunns Lane after John Laing moved from Carlisle to Mill Hill in 1926, now the home of the John Laing Charitable Trust and the Laing Family Trusts

There are a significant number of documents stored, again providing a comprehensive and wide-ranging history of the Company and the UK. These include plans for some historic estates, brochures, R&D material and personal letters. There is also a complete set of Team Spirits – the Company’s monthly in-house magazine, which ran from 1946 until the Construction arm was sold in 2001.

This documentary resource, in particular, has been very useful in helping with enquiries from those trying to trace information about a parent or relative who worked for the Company.

It has also provided help for historians researching local developments, specific buildings and even town histories.

The whole document collection is currently being audited for creation of an accessible digital archive.

We hope this will enhance the Trust’s ability to provide help and information to even more people.

Further details can be obtained through the Contact Us section,

John Laing realised the power of film early on and the Trust holds a large collection of movies in partnership with the British Film Institute (BFI).

These are mainly high quality films range from some 1929 black and white footage of the Laing Battalion, to in depth documentaries on projects including The M1, Berkeley Power Station, The Bull Ring in Birmingham, Bala Lake and many others. There is even popular footage taken by Sir John Laing during his missionary work in India and Africa.

Various artists, charitable organisations and national film makers have used footage from the collection, such as the Westway Trust which manages 23 acres of land beneath the Westway into London, on behalf of the community.